When you start learning to play the guitar, it’s important knowing the correct names of the notes of the strings on your guitar in standard tuning. No matter if you go out and buy an electric, classical, acoustic or western guitar – a guitar should be tuned everytime before you start playing or practising. This applies to any stringed instrument by the way, even wind and brass instruments are subject to temperature differences and transporting. The names of the strings are usually displayed on the guitar tuner, both in notes and in numbers. 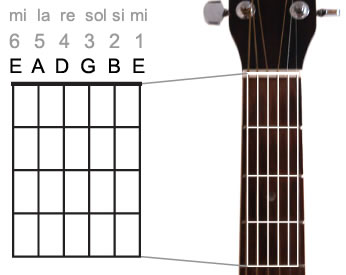 From the thickest string (upper string) to the thinnest string (lower string), it gets the name E, A, D, G, B and E, also called mi, la, re, sol, si and mi. Keep in mind we’re talking about the standard E-tuning on a six-string guitar, and not about alternative tunings such as drop tunings, down tunings and open tunings.

On guitar tuners, or guitar tuning apps on your smart phone, iPhone, tablet or iPad, you often see both the name of the note and the number of the string.

For a 6-string guitar, the upper or thickest E-string is string number 6. From the upper string (thick string) this is E (6), A (5), D (4), G (3), B (2) and E (1). The sixth and first strings are both the letter or note E (mi). The only difference is that the thin E-string sounds 2 octaves higher than the thick E-string. Sometimes on the internet and on some devices they make a difference by writing the lower E-string as an uppercase “E” and the thin higher E-string as a lowercase “e”.

Some guitar tuners, the so-called chromatic tuners, usually do not indicate string numbers. There you have to be careful that the letters matches the  right string. This is an example of the Boss Chromatic Tuner TU-3 app I’m using on my Samsung Android smartphone: 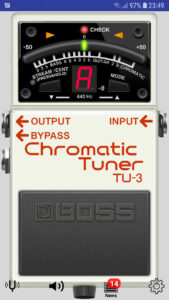 We use cookies on our website to give you the most relevant experience by remembering your preferences and repeat visits. By clicking “Accept”, you consent to the use of ALL the cookies.
Cookie settingsACCEPT
Manage consent

This website uses cookies to improve your experience while you navigate through the website. Out of these, the cookies that are categorized as necessary are stored on your browser as they are essential for the working of basic functionalities of the website. We also use third-party cookies that help us analyze and understand how you use this website. These cookies will be stored in your browser only with your consent. You also have the option to opt-out of these cookies. But opting out of some of these cookies may affect your browsing experience.
Necessary Altijd ingeschakeld
Necessary cookies are absolutely essential for the website to function properly. This category only includes cookies that ensures basic functionalities and security features of the website. These cookies do not store any personal information.
Non-necessary
Any cookies that may not be particularly necessary for the website to function and is used specifically to collect user personal data via analytics, ads, other embedded contents are termed as non-necessary cookies. It is mandatory to procure user consent prior to running these cookies on your website.
OPSLAAN & ACCEPTEREN
GUITAR STUDIO SHIRTS & HOODIES 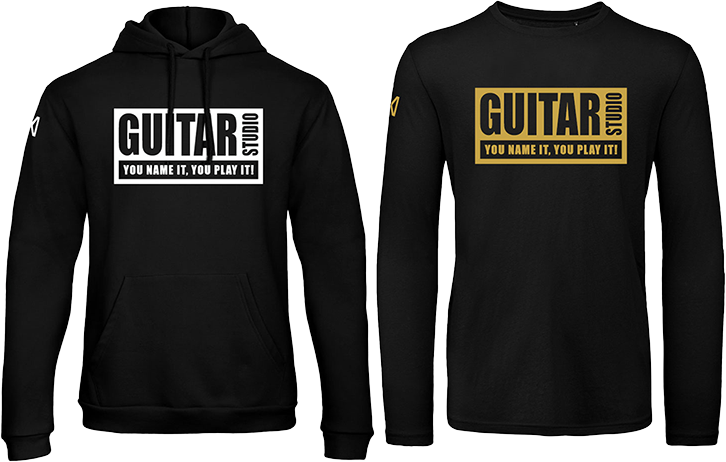